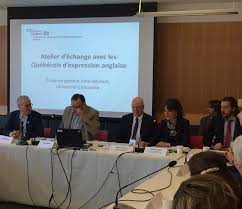 Who is Bill Floch?

Well known to the English-speaking community, Bill Floch arrives in his new role as leader of the Secretariat for Relations with English Speaking Quebecers possessing a wealth of experience and knowledge.  Bill began his career in the education field, was for two years the Executive Director of the Townshippers’ Association, and for the last couple of decades has been engaged in various capacities at the Department of Canadian Heritage, primarily as a Policy Researcher and Manager.  His work in policy research has given him both a deep and wide knowledge of the English-speaking community of Quebec and he is particularly well-suited to his new portfolio.  At the press conference at which his appointment was announced, he was quoted as saying, “I’m very optimistic. There are really positive signs of openings and of support for this concept.  It will be a matter figuring out across the sectors and ministries where we can help the most and align with community needs and priorities.”  The ESCC is very pleased to be able to welcome Bill to its 37th AGM and we encourage the community to attend on June 13th at Loyola High School to learn more of the new Secretariat.

Secretariat for Relations with English-speaking Quebecers

At the tail end of 2017, the Quebec government announced the establishment of a new Secretariat for Relations with English-speaking Quebecers and that Bill Floch would be heading up the Secretariat.     The announcement, following fast upon that of MNA Kathleen Weil being made Minister for Relations with English-Speaking Quebecers, was the culmination of a number of years of collaborative work by the Quebec Community Groups Network advocating for just such a governmental instrument for effective representation of the minority language community within the provincial government.  By establishing this Secretariat, the Couillard government is in some ways emulating Ontario`s Ministry of Francophone Affairs which has a staff of 20 and a budget of $5.3 million.  As described by the Secretariat, its goals are as follows: